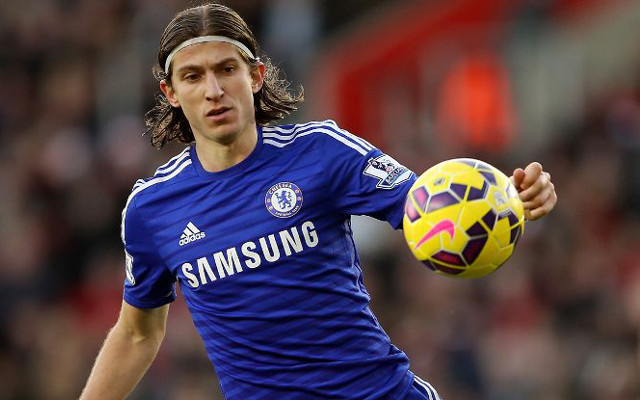 Chelsea’s Filipe Luis is on the verge of rejoining Atletico Madrid.

According to AS, Atleti have reached an initial agreement with the Premier League champions that will see the Brazil left-back return to the Estadio Vicente Calderon, and the deal is said to be worth €15m.

The Spanish newspaper, however, state that before Filipe Luis’ move to the Spanish capital is finalised, Diego Simeone must offload Guillherme Siqueira to meet Financial Fair Play regulations – who was a regular in this position last season, making 24 La Liga starts.

The report also states that the Chelsea left-back will take a significant wage cut to seal a return to Madrid – in a ‘goodwill gesture’, AS write, to his former club in following through with their negotiations this summer.

The London Evening Standard claim that Jose Mourinho is now close to securing the signature of the Brazilian’s replacement – in Augsburg’s Abdul Baba Rahman – and the Portuguese manager is pushing to finalise the transfer now that Filipe Luis’ future is all but confirmed to lie away from west London.

The 29-year-old joined the Blues last summer – in the same window that Atletico Madrid team-mate Diego Costa was too lured to Stamford Bridge – putting pen-to-paper on a three-year contract, with the transfer fee said to be £15.8m, BBC Sport reported.

However, pipping Cesar Azpilicueta for a position in Mourinho’s first-team proved a task too difficult during his debut campaign, and the Brazil international went on to make just nine starts in England’s top flight.

This made for a certainly new bench-warming role for Filipe Luis who, prior to his Chelsea move, was named on Simeone’s team-sheet 42 times in La Liga and the Champions League combined.

If the former Figueirense star exits Stamford Bridge, he will join a long list of departures from the club this summer.