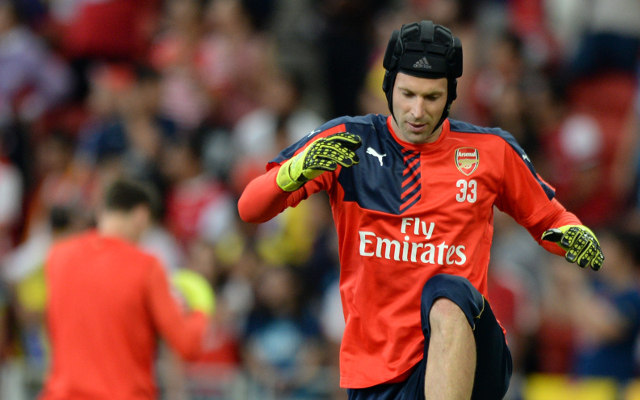 Chelsea’s Nemanja Matic has revealed his unhappiness at the Premier League champions opting to grant Petr Cech a £10m transfer to London rivals Arsenal, and is hoping that his form drops in north London next season:

“Petr is a great guy and a great keeper,” as quoted by Sky Sports. “It is going to be a very important signing for them.

“But I am not happy because of that. We know that he is very professional. He is one of the best keepers. And I hope this season he does not perform as he did here for 10/11 years.”

Nonetheless, the Serbia international may have eased the hurt Chelsea supporters may be feeling at present, as the midfielder confirmed that remaining in the English capital was a key reason behind the 33-year-old’s move to the Emirates.

“I am happy for him because he gets to stay in London, which for him and his family was very important. I wish him all the best.”

Cech got his hands on his first piece of silverware with the Gunners at the weekend, as Arsene Wenger’s side were triumphant in the Barclays Asia Trophy – sealing the title with a 3-1 win over Everton in the final of the pre-season competition.

The former Blues goalkeeper showed glimpses of the supreme quality that Arsenal have acquired in goal this summer, making a number of fine saves – including this finger-tip stop against the Toffees:

Chelsea, meanwhile, are currently preparing to take on New York Red Bulls in their pre-season tour of North America, which will be followed by blockbuster clashes versus Paris Saint-Germain and Barcelona.