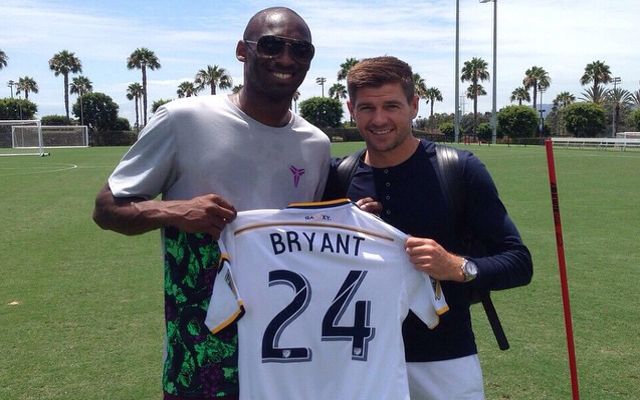 England midfielder enjoying life in the US.

Having spent his entire professional career with Liverpool it must have been a real wrench for Steven Gerrard to leave Anfield, however it appears the Anfield legend is very much enjoying himself Stateside.

Here he poses for an epic selfie alongside NBA star Kobe Bryant.

The king of LALA land @kobebryant ????