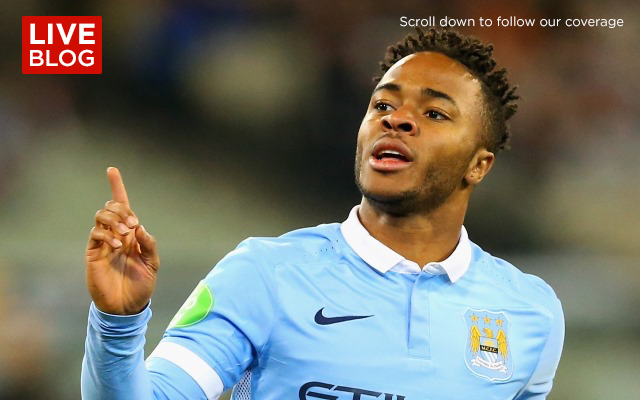 Manchester City managed an ideal start to their International Champions Cup campaign with a 5-4 penalty victory over AS Roma, featuring a debut goal from Raheem Sterling and a penalty masterclass from Joe Hart.

Sterling-predictably-was the show-stealer against Roma. While he got his City career off to an inauspicious start with an unfortunate trip on the ball, he soon made amends with an excellent finish after bursting through on goal against Morgan De Sanctis.

While City fans will surely be delighted to see their new £49 million recruit break his scoring duck and make such a positive early impression, the shine was taken off his finish by Roma playmaker Miralem Pjanic, who scored a delicious effort only moments later, firing home from 25 yards.

Both sides made a flurry of changes at half time, but Manuel Pellegrini chose to extend the run of Nigerian prodigy Kelechi Iheanacho, who had earned a rare start ahead of the likes of Sergio Aguero, Wilfried Bony and Edin Dzeko.

The 18-year-old repaid his manager’s faith with City’s second midway through the second period, profiting from some ugly defending from the Giallorossi before beating De Sanctis.

However, there was to be another twist, and Adem Ljajic drew Roma level once again with an effort four minutes from time.

And so to penalties, where Roma-having beaten Real Madrid on spotkicks in their first match of the tournament-will surely have been confident that they could follow up with another triumph, particularly with momentum behind them.

Aleksandar Kolarov missed his spotkick, putting City under pressure, but Hart proved to be the hero of the hour.

The England No. 1 not only converted his must-score spotkick, but he also went on to produce consecutive saves-denying Seydou Doumbia and Seydou Keita to ensure that City secured a sudden-death 5-4 triumph.

Relive the action from the Melbourne Cricket Ground on our live blog:

According to BBC Sport, new signing Raheem Sterling—who was signed from Liverpool in a £49 million deal—may well be given his debut in the friendly fixture.

In the Australian edition of the tournament, City find themselves pooled with Roma and Real Madrid—who were defeated by the Giallorossi on penalties in their opening game on Saturday.

The match should be a fine opportunity to glimpse the progress of the Sky Blues’ pre-season preparations, while also getting an idea about how Manuel Pellegrini is planning to approach the coming campaign.

Caught Offside will be covering the action on our live blog, so bookmark this page and tune in to follow the action from Melbourne.

As reported by BBC Sport, Manuel Pellegrini has indicated that England international Sterling is in line for his debut against Roma: “Raheem worked with Liverpool for three days and so he will play some minutes,” the coach began.

“I know him. I’ve seen him play against us for the last two seasons, but I think it’s important for him to try and have minutes with our team as soon as he can.”

Caught Offside will bring you the latest Manchester City AS Roma team news as soon as it breaks. It remains to be seen whether Edin Dzeko, who has been linked with a transfer to Roma, will feature for the Citizens, with transfer rumours swirling.