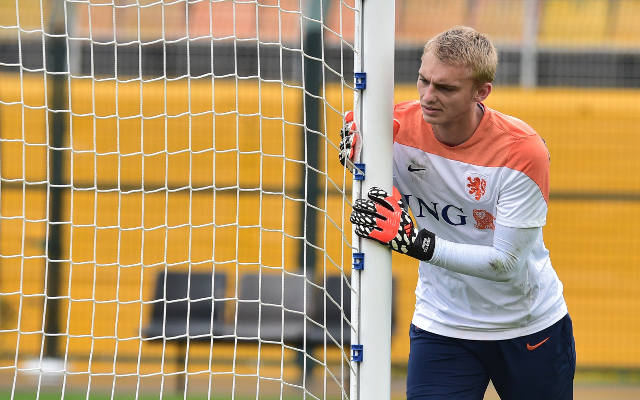 Manchester United have reportedly agreed a deal with Ajax keeper Jasper Cillessen, according to the Daily Star.

The 26-year-old custodian is well known to Louis van Gaal, the Old Trafford manager having made the keeper his first-choice between the sticks during his time in charge of the Dutch national team set-up, and the Daily Star believes a deal to bring in Cillessen will depend on David De Gea’s position at the club.

The Spanish international has been strongly linked with a move to Real Madrid all summer [via the BBC] but, as yet, United have refused to sell the keeper. However, the former Atletico Madrid man has just a year to go on his current contract and could therefore leave on a free transfer in 12 months’ time.

Cillessen left his hometown club NEC Nijmegen for the Amsterdam ArenA in August 2011, and played a key role in the 2013/14 Eredivisie title triumph of Frank de Boer’s side, in a season where the Dutch giants conceded just 28 goals in 34 fixtures.

Last season, Ajax surrendered their title to arch-rivals PSV Eindhoven, and de Boer would be unlikely to want to lose his first-choice goalkeeper.

Some sources state that a move to bring Jasper Cillessen to Man United could cost as much as £17.8 million [via the Daily Mirror].