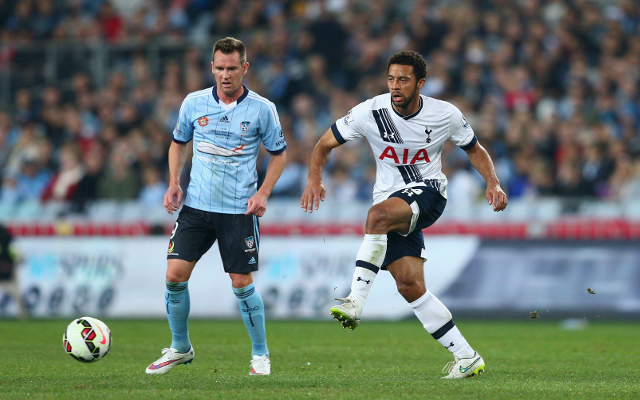 Stadium of Light side keen on Spurs midfielder.

The Black Cats staved off relegation to the Championship last season with Dutch boss Dick Advocaat getting the most out of his side in the latter weeks of the campaign.

Pochettino elected to use Ryan Mason and Nabil Bentaleb as his chief central midfield options though even Etienne Capoue saw more action than the 28-year-old.

Tottenham paid Fulham £15m for Dembele back in August 2012 (via the Daily Mirror) but the strong midfielder has struggled to hit the same level of form he enjoyed in the latter stages of his time at Craven Cottage.

Whilst at Fulham the towering midfielder was used in an advanced role that led to Dembele proving a real threat in the opposition box but at Spurs the former AZ Alkmaar man has been more defensively minded.

The Daily Mirror claim that Pochettino wants to keep hold of Dembele and the sales of Paulinho and Etienne Capoue, to Guangzhou Evergrande & Watford respectively, could lead to the Belgian seeing more playing time in 2015/16.

Dembele has made 118 appearances for Tottenham, netting five goals, and has amassed 61 national team caps.