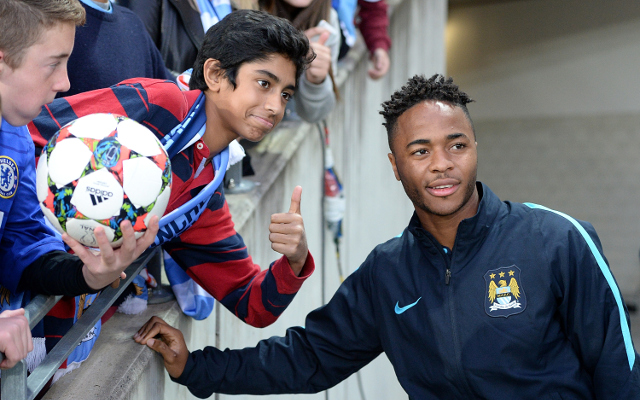 It has taken new Manchester City signing Raheem Sterling just two minutes to open his account for the Citizens in their pre-season friendly against AS Roma.

Manuel Pellegrini’s side are currently facing Serie A’s Giallorossi in a pre-season friendly, and the England international could not have wished for a better introduction to life with the two-time Premier League champions.

A superb pass from midfield saw Sterling easily breach Roma’s defence, and the forward calmly slotted the ball past a rushing goalkeeper and into the back of the net.

Have a watch of the goal here:

Sterling created some controversy when he pressed for a move from Liverpool – first as his agent slammed both the club and Reds legend Jamie Carragher, before also complaining that he was unwell and refusing to join the club on their pre-season tour of the Far East.

Despite indicating that he would rather move to London, the forward ultimately succeeded in completing his move to the Etihad Stadium. The Citizens had two bid rejected for the player, but eventually succeeded in forcing Liverpool’s hand with a £49 million bid that fell just short of the Merseysiders’ £50 million asking price.

While Sterling-who managed only seven assists and seven goals last season-will have his work cut out to try and repay that fee, his first impression against Roma indicates that he may just be the sprinkling of stardust the Citizens need to retain the Premier League title.