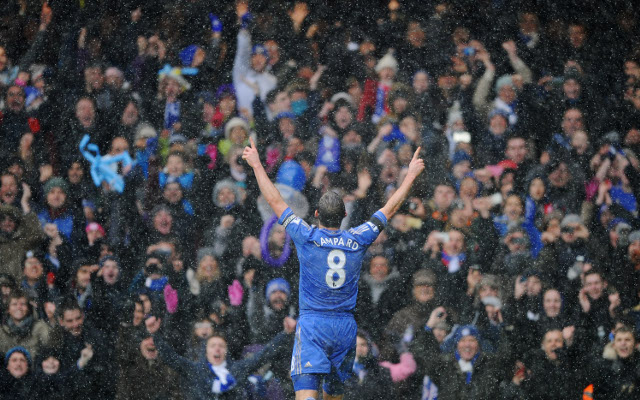 Former Chelsea midfielder Frank Lampard has revealed his intentions to one day return to the club in some capacity, Mail Sport reports.

The Blues legend was in attendance at a Q&A event alongside Mario Melchiot and fellow club legend Bobby Tambling in New York on Tuesday and wants greeted with chants of ‘we want our Frankie back’ from a group of supporters.

Lampard was clearly move by the touching gesture and would take the mic and responded with the words “I’ll be back”.

The former England international departed Stamford Bridge on a free transfer in the summer of 2014 and signed for Premier League rivals Manchester City, where he scored the equaliser against his former club when the two sides met at the Etihad Stadium last September.

It’s unlikely that the 37-year-old will return as a player for the Blues but it’s possible that there will be a place for him as a member of the coaching staff in the future.

Lampard is certainly not thinking about hanging up his boots just yet as he is set to embark in a career in the MLS with New York City and will forge a dream midfield partnership with Italian legend Andrea Pirlo.