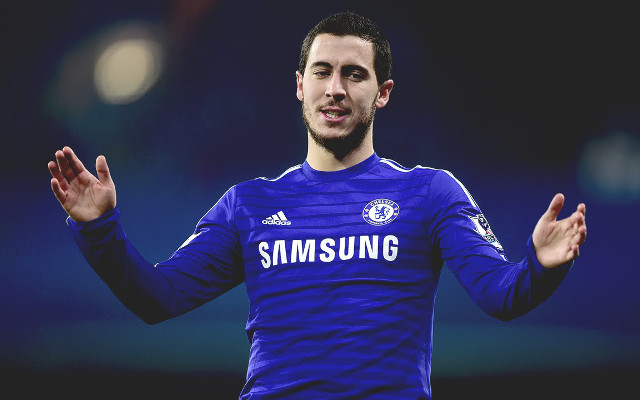 Chelsea’s Eden Hazard has opened up on the intensity of pre-season training, and admits his unhappiness as the Premier League champions prepare for the 2015-16 campaign.

Pre-season is undoubtedly the dreaded time of the year for players at all levels, with ball work at a minimum and fitness at its maximum.

And it’s certainly refreshing to hear that even the PFA Player of the Year struggles with the intensity of the sessions:

“I can’t say I really enjoy training right now,” as quoted by the Express.

“Because we do a lot of running and work hard, but it’s good to be there and work on your fitness a little bit more than during the season when you do a lot of recovery and technical work.”

The 24-year-old is currently with his Blues team-mates, as they prepare for their first game of the summer against New York Red Bulls, scheduled for the UK date of Thursday 23 July at 1.10am.

With blockbuster clashes against Paris Saint-Germain and Barcelona to follow, Jose Mourinho’s senior squad will certainly be tested before beginning their title-defence at Stamford Bridge on August 8th.