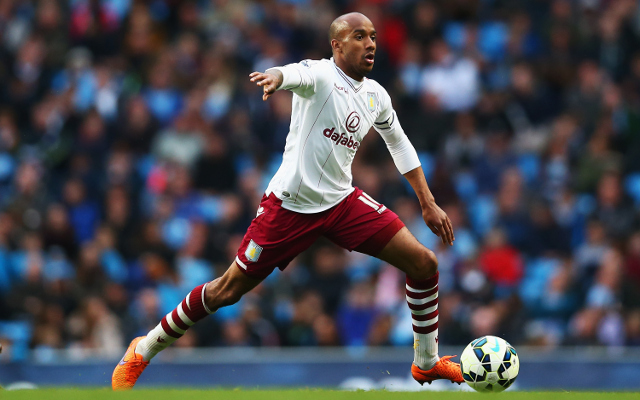 Stoke City goalkeeper Shay Given has backed Fabian Delph to be a big hit at Manchester City this season.

The erstwhile Aston Villa captain completed a controversial transfer to the Etihad Stadium last week; having previously said that he wouldn’t leave Villa Park [as per the club’s official website], Delph eventually relented and moved to join the Citizens on an £8 million deal [Manchester Evening News].

His former teammate Shay Given has backed Delph to be a hit at his new club, despite the hullabaloo that accompanied his move to the north west.

“I think Fabian’s a great player and he deserves a crack at a team that’s going to challenge for the Premier League and he will do that at Man City,” Given began, speaking to Sky Sports [as per the Birmingham Mail].

“People will probably question why he said he wasn’t going and was going but it just shows that players are human beings at the end of the day and they can change their mind.

“I think in the end he’s made the right decision because it’s an opportunity to go and challenge for the Premier League title at Manchester City,” the Irish goalkeeper concluded, “and opportunities don’t always come along in your career.”

Given also left Villa Park this summer, swapping Tim Sherwood’s side for Stoke City—where he will compete with Jack Butland for the chance to be Asmir Begovic’s replacement, with the Bosnian swapper having completed a move to Chelsea earlier this summer.

Given moved to Villa in 2011—going in the opposite direction to Delph—following two campaigns at City. The former Newcastle United keeper won the FA Cup in 2011, but left before the Citizens won either of their two Premier League crowns.

Villa have already drafted in a replacement for Delph, having parted with £9 million to bring LOSC Lille’s Senegal midfielder Idrissa Gueye to Birmingham [Daily Mail].

They may soon have to find a replacement for Christian Benteke, with the Belgian international apparently on the brink of a transfer to Liverpool [BBC Sport].