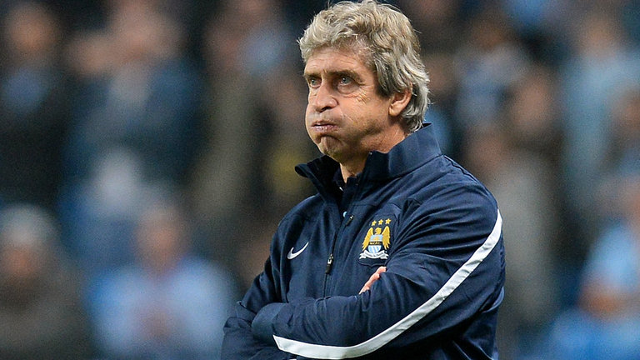 Manuel Pellegrini has dropped a major hint that neither Edin Dzeko nor Stevan Jovetic feature in Manchester City’s plans next season.

The Manchester Evening News have reported that both players ‘know their careers with the Blues are over’ after being omitted during the friendly victory over AS Roma, with the local source interpreting the manager’s decision that the duo are on their way out of the club.

City defeated Roma on penalties following shoot-out heroics from Joe Hart. The two sides had contested a well-spirited 2-2 draw in which Raheem Sterling made his debut and marked the occasion with a goal.

Miralem Pjanic levelled the match with a fine effort, before goals from Kelechi Iheanacho and Adem Ljajic ensured the match went to penalties.

Hart converted his own effort to keep the Citizens alive, before thwarting both Seydou Keita and Seydou Doumbia.

While Pellegrini opted to give the majority of his squad a run out, both Dzeko and Jovetic were overlooked—a snub the MEN see as a clear sign that they are heading for the departure lounge at City.

Both players have been linked with a move to Liverpool, with the Mirror reporting that Brendan Rodgers sees Edin Dzeko as a tantalising option up front.

Jovetic is understood to be a possible addition to the Reds’ squad [Daily Mail], and the Montenegrin could be a mouth-watering addition to the Northern Irish coach’s fine roster of attacking talents.

However, should the Merseysiders may yet face competition from the likes of Inter Milan [Daily Mail] and Juventus [Express].