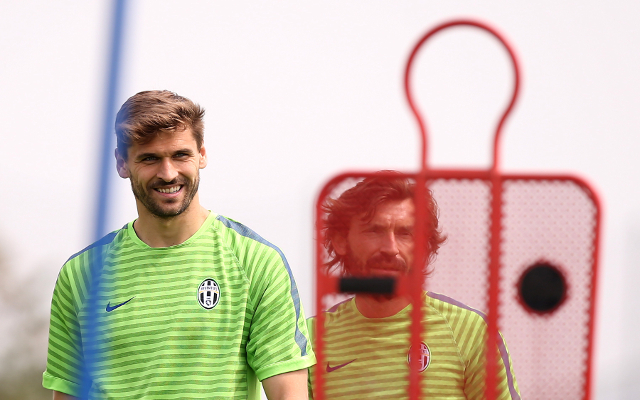 Man United have been offered the services of Juventus forward Fernando Llorente according to the Daily Mirror.

The 30-year-old Spanish international has had an up and down time of it since leaving Athletic Bilbao for Turin two years ago and is a player who faces an uphill struggle to secure regular first team action at the Serie A side next season.

Last season Llorente managed just seven goals in 31 Serie A appearances last season and found himself behind both Carlos Tevez and Alvaro Morata in Massimiliano Allagri’s first team set-up towards the end of the campaign.

The Daily Mirror claim Llorente is the forward Louis van Gaal had been referring to when he implied the Old Trafford side had a ‘secret’ transfer summer transfer target.

Llorente is an experienced campaigned who was a huge hit at Athletic Bilbao before moving to Italy, scoring 118 goals for the Basque side, and could offer Man United a strong option up front.

Louis van Gaal has stated that Wayne Rooney could lead his Man United attack next season (via the BBC) though the Dutch manager had opted to use the England international primarily in a withdrawn role in 2015/16.

Van Gaal finds himself short on options to fill a centre-forward spot with Robin van Persie having been sold to Fenerbahce earlier this month.