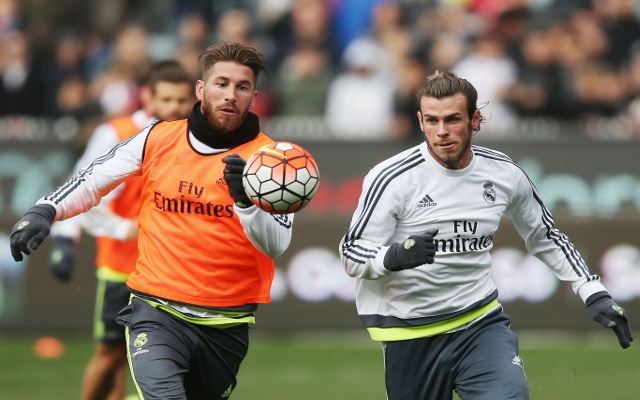 Man United have reached a verbal agreement with long-term transfer target Sergio Ramos according to Spanish source AS.

The 29-year-old has been strongly linked with a move to Old Trafford (via) and is a player who could greatly strengthen Louis van Gaal’s shaky defence.

AS claim that Man United have made a €60m (£42m) bid for the World Cup winning star, who can play either at right-back or in the centre of defence.

Ramos is rightly considered one of the best defenders in world football and has been a regular in the Bernabeu set-up for the past decade, since his move to the Spanish capital from Sevilla, and a player Real Madrid boss Rafa Benitez has insisted is not for sale (via).

Previous reports have suggested that Ramos was unhappy about the progress of contract talks and had demanded parity with Real Madrid’s top earners (via).

Man United have already secured the signings of Memphis Depay, Matteo Darmian, Bastian Schweinsteiger and Morgan Schneiderlin and a potential deal for Sergio Ramos would prove a real coup.