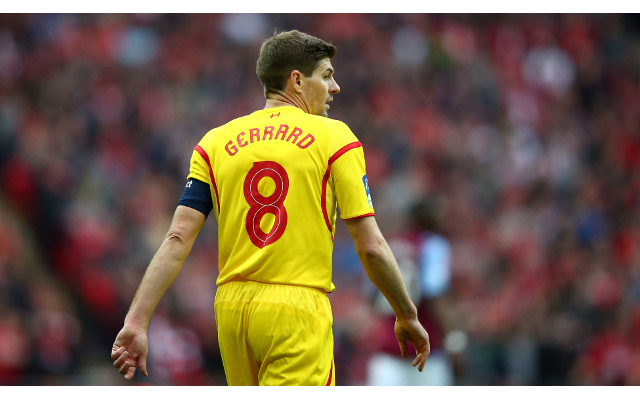 New Liverpool signing James Milner has admitted that there is no player who could replace departed skipper Steven Gerrard at Anfield…not even Lionel Messi.

The long-serving Reds skipper left the club at the end of the 2014-15 season, having come to the end of his contract at Anfield. He moved to Major League Soccer, where he currently features for Los Angeles Galaxy.

Milner, who arrived on a free transfer from Manchester City, may be one of the players charged with trying to replace the club legend.

The ex-Leeds United star has made a fantastic early impression on Reds fans, scoring twice during their pre-season tour of Australia, but even he has admitted that the absent captain has left big shoes to fill.

“I don’t think there’s someone on the planet who could replace Gerrard for what he did for Liverpool football club over the years, so as a team we need to replace his output,” Milner began, speaking to Australian TV channel ABC, as reported by the Express.

“Even Messi would struggle to replace Stevie for what he’s done for Liverpool over the years,” he continued, paying immense respect to his predecessor in the heart of the club’s midfield.

“What he’s done on and off the field, as a player and as a captain, as a person, he’s been amazing.

While Liverpool coach Brendan Rodgers has been exceptionally busy this summer, bringing in seven new signings—including Aston Villa striker Christian Benteke, signed for £32.5 million [Mirror]—only Milner can be considered as a potential replacement for Gerrard.

Roberto Firmino—signed for £29 million from Hoffenheim [BBC Sport]—could also play centrally, but is a much more offensive talent than the ex-England international.

It remains to be seen whether Rodgers will move to sign another central midfielder of the ilk of the former skipper this summer, with Newcastle United’s Moussa Sissoko just one player to have been linked with a move to Merseyside [L’Equipe].