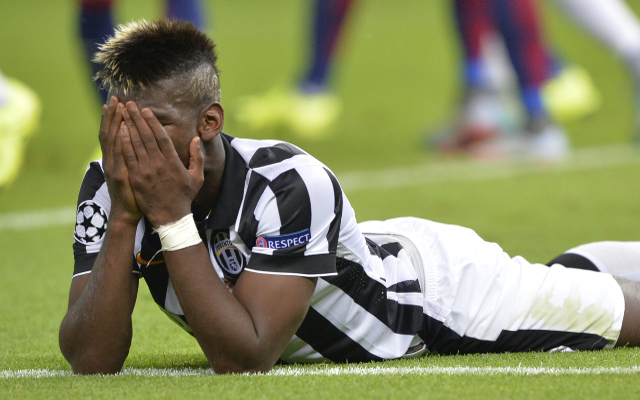 Juventus general manager Beppe Marotta has issued a transfer update on Paul Pogba, who has been heavily linked with a move away from Turin this summer.

The Bianconeri have proved that they can be prompted to sell some of their key players if they receive the right offers. The likes of Arturo Vidal, Angelo Ogbonna and Carlos Tevez all having been offloaded (or almost offloaded) [The Guardian], and Pogba has been rumoured to be joining them in the departure lounge.

According to the Daily Star, Manchester City and Chelsea are both keen on the powerhouse midfielder, with the Citizens’ elite development coach Patrick Vieira backing the midfielder to be a big hit should he move to the Premier League.

However, the two EPL giants have been dealt a major blow with the news that the Old Lady have no intention of selling their prized asset.

“He’s an important player for us and we believe in him,” the club’s general manager began, as reported by ESPN.

“He has developed as a player here in Turin and we do listen to what interested clubs have to say about him,” the club chief continued, speaking at a news conference in Turin, “but we are not sitting down with any club for negotiations.

“Today there is absolutely no way we will sell him.”

Not only will the news come as a blow to the Premier League pair, but Spanish heavyweights Barcelona and Real Madrid have also indicated that they are keen on the France international.

As reported by Sky Sports, the Merengues have declared their interest in the former Manchester United man, and may be one of the few clubs who would pay Juve’s reported €100 million valuation [ESPN].

However, they face competition from Barcelona, who have confirmed that they too are keen on bringing Pogba to Catalonia [Daily Mail].