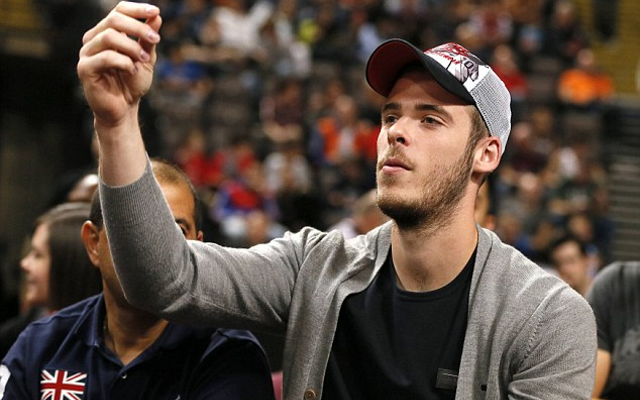 Manchester United legend Rio Ferdinand has serenaded David De Gea in a bid to keep the Spain goalkeeper away from the grips of Real Madrid.

The 24-year-old appears to be on the brink of a move to Real, with El Confidencial [via the Metro] reporting that the goalkeeper as agreed personal terms with the Bernabeu giants.

The stopper’s switch to the Spanish capital has been one of the key transfer sagas of the summer window, and following Iker Casillas’s departure to FC Porto [Mirror], it appears as though the Merengues have increased their efforts to secure the signature of the highly-rated former Atletico Madrid man.

However, one ex-United star appears keen to prevent the keeper’s departure.

Rio Ferdinand has taken to social media seemingly with the intention of making one final bid to keep the guardsman in the north-west.

The former defender—who hung up his boots after being relegated with Queens Park Rangers in the 2014-15 season—took to his personal Instagram account and shared a video of him sitting in his car, dancing along to a recording to ‘Please Don’t Go’, the No. 1 hit recorded by KWS.

Take a look at the video and let us know whether you think Rio’s plea might be enough to sway De Gea—who reportedly wants a move to Real [Mirror]—to keep him at Old Trafford.

No, we don’t think so either…