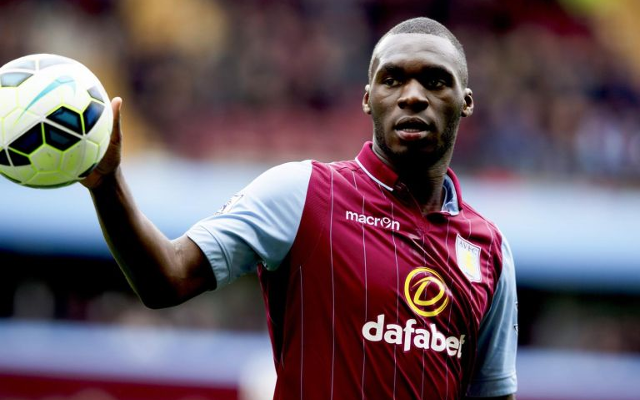 The Aston Villa striker had long been mooted for a move to Anfield, and the transfer has appeared inevitable ever since the Reds met the forward’s fee release clause to take him from Birmingham.

The Belgium international—who scored 49 goals in 101 appearances during his time at Villa Park—has signed a five-year deal with the Merseyside giants.

He will be charged with replacing the goals lost when Luis Suarez moved to Barcelona, with the trio of Mario Balotelli, Rickie Lambert and Fabio Borini all failing to convince as the leading man with the Reds.

Twitter has responded ferociously to the transfer, with fans split as to whether the powerful attacker will be a difference-maker for Brendan Rodgers’s side, or whether Liverpool have overspent horribly for a player who has had his fair share of injury concerns.

Here are some of our favourite reactions to the transfer:

If you rearrange the letters Christian Benteke, minus a few, then add a few it spells the word ‘Ballon D’or’. Coincidence? I think not. — Deluded Brendan (@DeludedBrendan) July 22, 2015

@wayneveysey He’ll make the difference between 7th and 8th place.

Benteke tells me it was the chance to work under the best manager in the world that made him pick Liverpool. Full of character that lad. — Deluded Brendan (@DeludedBrendan) July 22, 2015

Liverpool fans – if you need any ideas for a Christian Benteke song, then look no further. pic.twitter.com/OzS7pkEb86

Firmino and Benteke confirmed the same day. Rodgers should be in a jacuzzi right now. #PBFootball — POOJA MEDIA… (@PoojaBlog) July 22, 2015