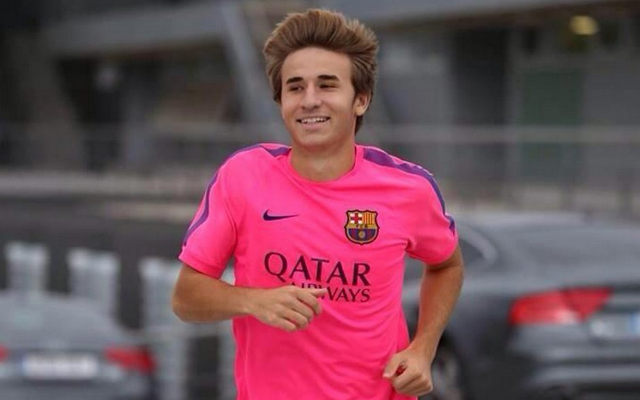 Arsenal could be ready to pay the £8.5m release clause of Barcelona midfield youngster Sergi Samper this summer, according to reports in The Sun.

The Gunners are in need of new additions in that position ahead of the new season, with manager Arsene Wenger perhaps right to be unconvinced by the likes of Mikel Arteta and Jack Wilshere in that department, with both players undeperforming last season.

According to the Daily Star, Arsenal were interested in signing Morgan Schneiderlin before he joined Manchester United, but were put off his asking price, meaning a cheap deal for a promising talent like Samper could be more appealing for the north London giants.

There’s no doubt many Arsenal fans will feel at least one new signing is needed in that area, with the club fortunate to find Francis Coquelin on top form when he made the surprise step up to the first-team last season due to an injury crisis in that area.

It remains to be seen if the Frenchman can replicate those performances in 2015/16, and it seems Wenger could turn to Barcelona to bring in another top talent, having previously raided the Catalan giants for the likes of Cesc Fabregas and Hector Bellerin at a young age, with both becoming key first-team players.

Samper is highly regarded at the Nou Camp and can add creativity to the team with a fine range of passing, as well as being disciplined in shielding the back four like his more established Barca team-mate Sergio Busquets.