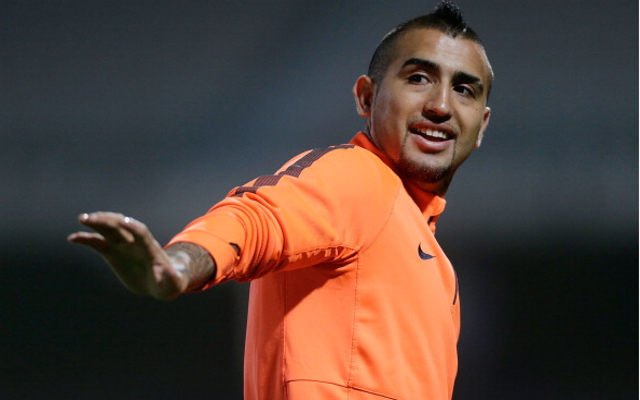 Bayern Munich have announced on their official site that they have reached an agreement with Juventus for the signing of Arturo Vidal.

The Bavarian giants look set to bring in the Chilean international, subject to a medical, despite stories earlier this summer that the player could be set to join Premier League giants Arsenal, though the Daily Telegraph eventually stated that the Gunners had ended their interest.

Vidal has shone in his four seasons in Turin, winning the Serie A title each time, as well as helping the club reach the final of last season’s Champions League, where Juve were beaten by Barcelona.

Bayern have been in need of a new central midfield player since letting Bastian Schweinsteiger leave for Manchester United, and Vidal looks the ideal replacement after years of powerful box-to-box midfield displays.

The Bundesliga champions have not been particularly busy this summer, only bringing in Brazilian winger Douglas Costa so far, and it should be a real boost for Pep Guardiola’s side to add this talented 28-year-old to his squad options.

“I can confirm in principle that we have achieved with both parties, Juventus and the players agree.It lacks only the medical examination and the signing of the contract,” Karl-Heinz Rummenigge told the club’s official site.