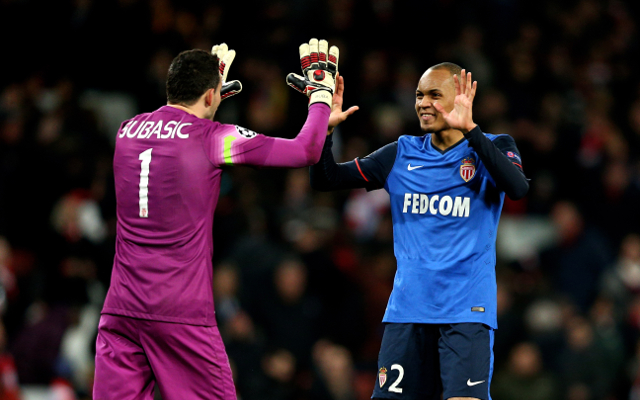 AS Monaco are set to disappoint both Manchester City and Manchester United by insisting that Fabinho will not depart the Ligue 1 outfit this summer, Star Sport reports.

The highly-rated Brazilian only joined last season’s Champions League quarter-finalists on a permanent basis in May from Portuguese club Rio Ave after impressing in France whilst on loan during the last two seasons.

Fabinho, who is predominately a right-back, proved his versatility against Arsenal when the two sides met in Europe last season as he was asked to fill in for Jeremy Toulalan at the base of the Monaco midfield that night. He excelled in that role to keep the likes of Mesut Ozil and Santi Cazorla largely quiet at the Emirates Stadium.

His form over the last 12 months has alerted both Manchester clubs and it was expected they were set to go head-to-head for the 21-year-old’s signature during the current transfer window.

City manager Manuel Pellegrini is reportedly looking to bolster his options at right-back and had earmarked Fabinho as a long-term replacement for first-choice Pablo Zabaleta, who is 31 in January and 32-year-old Bacary Sagna.

Meanwhile United’s need for a new player in that department appears less desperate following the arrival of Italian international Matteo Darmian from Serie A outfit Torino [via BBC Sport] during a hectic 48 hours for the club when they also announced the double signing of Bastian Schweinsteiger and Morgan Schneiderlin [via Sky Sports].

With Rafael expected to leave Old Trafford before the transfer window slams shut in just under a month’s time [via Metro Sport], manager Louis van Gaal was reportedly still watching developments regarding Fabinho due to the fact he may have to continue playing Antonio Valencia out of position.

However, Monaco remain insistent Fabinho will not be following Geoffrey Kondogbia, Radamel Falcao and Yannick Ferreira Carrasco through the exit door this summer.