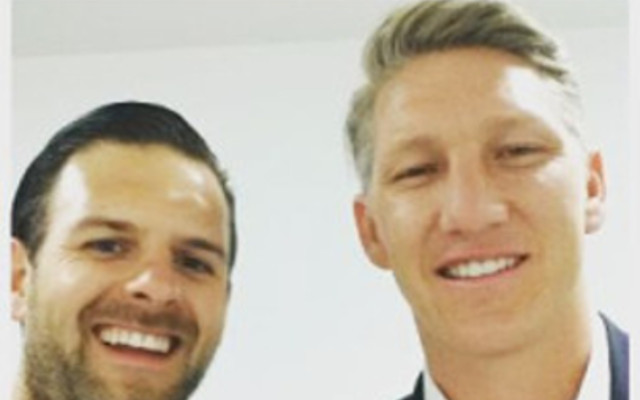 It has emerged that Manchester United made an £18 million bid for Lazio midfielder Lucas Biglia before signing Bastian Schweinsteiger from Bayern Munich.

The veteran Germany midfielder was signed from the Bavarian giants in a reported £14 million deal [ESPN], arriving at Old Trafford during a frantic spell of acquisitions from Louis van Gaal.

As well as Schweinsteiger, the Red Devils have already signed Morgan Schneiderlin, Matteo Darmian and Memphis Depay so far this summer.

However, it doesn’t appear as though ex-Bayern star Schweinsteiger was United’s first choice transfer target this summer, with Corrierre dello Sport [via the Express] reporting that van Gaal had already approached Lazio with a £18 million offer for the midfielder earlier in the summer.

The Rome-based side ultimately rejected the Red Devils’ offer, with Il Messaggero [via the Express] reporting that Lazio would only be willing to sell the player should they receive a bid of £35.5 million.

United were dealt a further blow with the news that Real Madrid were also keen on the midfielder [Daily Express], who could still be a replacement for Sami Khedira, who has departed for Juventus.

29-year-old Biglia would have been a slightly younger option than Schweinsteiger, and his tenacity and intelligent deep-lying creative play could have made him a big success in the Premier League.

However, with Schweinsteiger and Schneiderlin joining Ander Herrera, Michael Carrick and Daley Blind in the heart of the midfield, Louis van Gaal has an array of options to call upon to fill central roles.