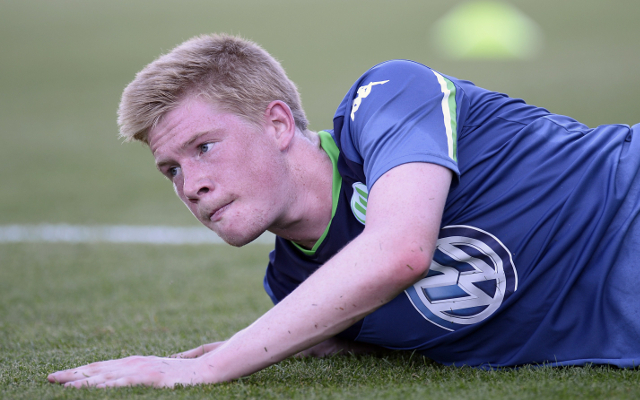 Man City are pushing on with efforts to land Wolfsburg attacker Kevin de Bruyne according to the Daily Mail.

The former Chelsea man has proven a massive success since moving to Germany, finishing last season as the Bundesliga’s leading assist-maker, and is the subject of an opening £40m offer from the Etihad Stadium side.

Wolfsburg will however demand £50m for de Bruyne with both PSG and Juventus also chasing the creative Belgian international playmaker.

De Bruyne barely got a chance to prove himself at Chelsea before Jose Mourinho opted to sell the winger, the Blues handing him just two Premier League starts, and a move back to the Premier League may tempt the 24-year-old.

Should Man City secure a deal to sign de Bruyne, having already forked out £49m for Raheem Sterling, then a number of attacking members of Manuel Pellegrini’s squad may fear for their futures at the club.

The likes of Samir Nasri, Jesus Navas, Edin Dzeko and Stevan Jovetic have all been linked with possible summer exits.