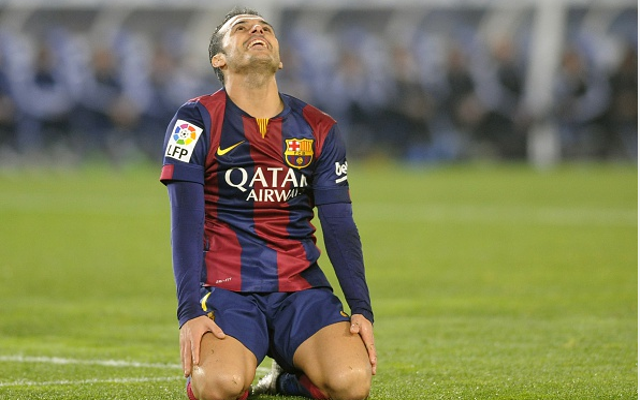 Barcelona president Joseph Maria Bartomeu has revealed that the club are yet to receive any offer for forward Pedro, with the attacker having been heavily linked with a move to the Premier League.

The World Cup winner has found his playing time reduced at Barca following the arrivals of Neymar and Luis Suarez.

While the pair—along with Lionel Messi—have forged arguably the greatest attacking trio in world football, Pedro has been reduced to something of a bit-part player.

The attacker managed only 15 league starts last season, and while he featured a further 20 times from the bench, six goals and six assists was an underwhelming return.

He was subsequently been linked with a move away from the Camp Nou, with Liverpool [Metro], Manchester United [The Guardian]and Chelsea [Express] all understood to be keen on the player.

Paris Saint-Germain [Daily Mail] are also believed to be considering a move to break the player’s £22 million fee release clause [The Guardian] and bring him to the Parc des Princes.

While Bartomeu has admitted that he would not stand in the way of Pedro’s departure, although he confirmed that, as yet, the Catalan giants are yet to receive any offers for the player.

“I have not received any offers for our players, and I will repeat what the coach [Luis Enrique] has already said,” he began, speaking to AS [via Le 10 Sport].

“Until now, no one has contacted us and no player has come to see me, therefore, we are all quiet!”

In a recent interview, Pedro’s teammate Sergio Busquets has admitted that his colleague is uneasy with his current situation at Barcelona and considering his future at the club [Mirror].