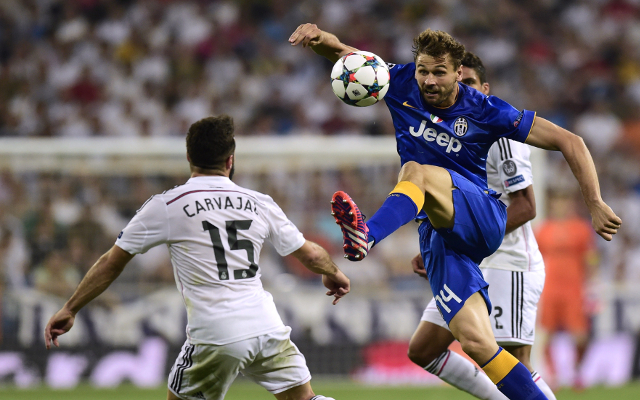 Arsenal have been linked with a move to sign Juventus striker Fernando Llorente this summer after giving up on a deal for Real Madrid’s Karim Benzema, according to The Sun.

The Gunners have reportedly been in contact with Juve over the possibility of signing the Spanish international, who joined the Italian giants from Athletic Bilbao on a free transfer back in the summer of 2013.

According to recent reports from the Daily Mirror, it was Manchester United who were looking at bringing in Llorente this summer as they also eye new additions up front, but The Sun quote a source close to Juventus as saying that it is, in fact, Arsenal who have made an approach.

The source adds that the Serie A champions could be ready to sell, with Mario Mandzukic and Paulo Dybala both signed up front for the club this summer, pushing the 30-year-old further down in the pecking order.

“It’s Arsenal who’ve been in contact — not United,” an insider told The Sun.

“They have made an inquiry but there is no bid yet. But it is clear they are interested and it is also clear that Juventus are ready to listen.”

It should perhaps serve as little surprise that Llorente could look like losing his place, with the ageing star only managing nine goals in all competitions last season, half of what he achieved the season before.

Llorente previously had a prolific record in La Liga with Bilbao, though he only managed five goals in his final season there, suggesting his career could now be heading downhill, and that perhaps he would not be the ideal option for either Arsenal or United to be considering this summer.

However, it could be that Arsenal are running out of options, with The Sun adding that Paris Saint-Germain could beat them to the signing of the more expensive Benzema.