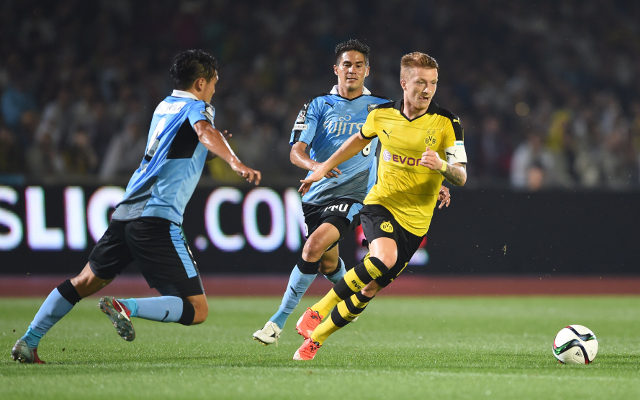 Arsenal manager Arsene Wenger is said to be keen on signing a ‘marquee’ player before the end of the transfer window, and is eyeing a move for Liverpool target Marco Reus, according to the Daily Star.

The Borussia Dortmund attacking midfielder is reportedly available for around £45m this summer, the Star says, and there is a long list of clubs looking at him in this transfer window, with Arsenal the latest to join the running, according to Tuttomercatoweb.

Reus has long looked like one of the best players in the world in his position, and the Star states that Liverpool have been looking at him as a potential replacement for the recently-departed Raheem Sterling, who has joined rivals Manchester City.

Italian journalist Tancredi Palmeri confirmed the Reds were in talks over a deal for the German international, but it could still be that Arsenal will try to bring him to the Premier League in a bid to bring in another big name alongside recent marquee signings of Alexis Sanchez and Mesut Ozil.

It could even be that Reus would be targeted to replace Ozil at the Emirates Stadium, with the Daily Mail recently claiming Juventus were after the former Real Madrid playmaker.

Still, the Star adds that Manchester City and Paris Saint-Germain could also be contenders for the in-demand Reus this summer, with the 26-year-old’s future very much up in the air.