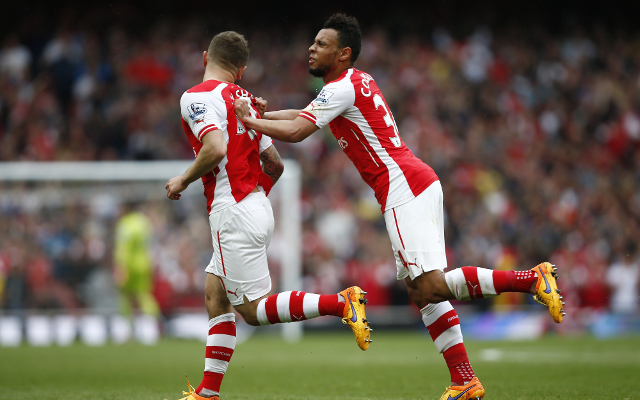 The 24-year-old was a revelation last season, returning from a loan with Championship side Charlton Athletic in December to help turn their campaign around. The Frenchman ended up making 28 appearances for the Gunners, and played a vital part in away victories over Manchester City and Manchester United.

This helped the North London outfit to recover from a shaky start to end up finishing third in the Premier League, 12 points behind champions Chelsea. If they are going to bridge the gap to Jose Mourinho’s side then improvements will be needed next time round, especially to the poor start they endured before. With Coquelin playing from the beginning of the season this may be possible.

“They’ve never really filled the void left by Alex Song and, in Coquelin, a player appeared last year who’s done ever so well,” Hamann said, “He made a huge difference to them, results improved dramatically [when he came into the side], and he gave them that protection in front of the back four.

“He had a massive influence and if he can repeat what he did last season I think they are set fair. With the likes of [Aaron] Ramsey and [Jack] Wilshere going forward they’ve got so much quality and you know they are always going to score goals, so defensively was always the problem with Arsenal.

“Coquelin deserves a big mention,” the German added, “Can he do it again? It remains to be seen but, if he does, they will be a lot closer come the end of the season. I expect them to be fewer than five or six points off the Premier League winners, and I think they’ve got a fighting chance to win it.”

As well as the midfielder, Arsene Wenger will also be hoping new signing Petr Cech can help to shore the side up defensively. The goalkeeper signed from Chelsea earlier in the summer, and could be a major player in any title challenge. Last time round they struggled to deal with the unreliability of Wojciech Szczesny and then David Ospina, so the 33-year-old will be a welcome change.