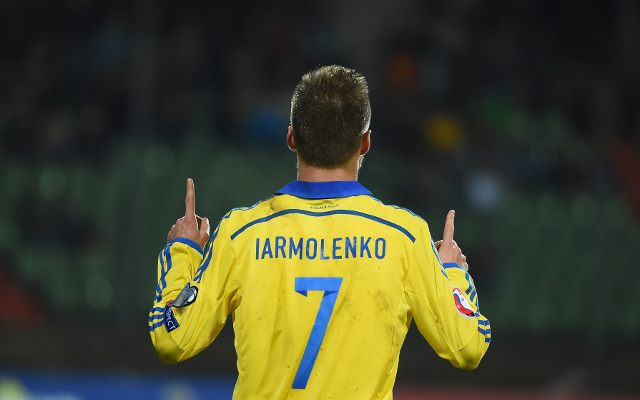 Dynamo Kyiv forward Andriy Yarmolenko has confirmed that he has received transfer proposals as rumours of an imminent move to Stoke City swirl.

The 25-year-old has been heavily linked with a move to the Premier League in recent times and speaking to Ukrainian newspaper Sport Express, as per the Mirror, has revealed that a move to the Britannia Stadium is not off the cards.

“Back then (in 2011), Stoke were completely different,” the international began, “they no longer hit balls at random and take long throw-ins.”

“Will I stay or go?” he continued.

“I have proposals which I am deliberating on at the moment. All should become clearer in the next month.

“My attitude has not changed. I have been with Dynamo since I was a child and they have raised me and made me the person I am today.”

Stoke are understood to be keen on a move for the Eastern European player after their plans to sign Xherdan Shaqiri fell by the wayside [Mirror].

The Mirror note that the player’s current club boss Sergei Rebrov has advised his charge not to move to Stoke, and instead to hold out for a side playing in the Champions League.

Neither Liverpool nor Tottenham Hotspur could offer the player a berth in Europe’s elite competition for the coming campaign, but both sides—linked by the Express—could surely sell the prospect of a possible berth in the top four to the wideman.

The Express reported that Stoke had already had a £13.5 million bid for the player accepted by the capital club, although it remains to be seen whether either Spurs or the Reds would look to compete for the player.

While Liverpool are well-stocked in the centre of the park, they lack options out wide, and Yarmolenko could prove to be an ideal replacement for Raheem Sterling and a source of assists for new target man Christian Benteke.