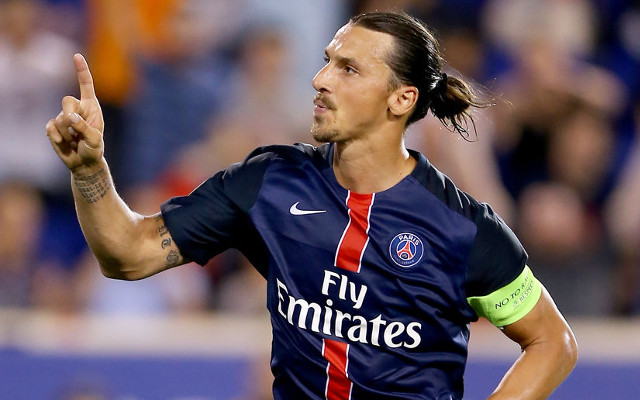 The Manchester Evening News reported that Louis van Gaal was preparing a three-year contract – worth £7m – to entice the centre-forward to swap the Parc des Princes for Old Trafford this summer.

According to the report, the former Netherlands manager considers the Sweden international a replacement to Robin van Persie – who sealed a move to Turkish outfit Fenerbahce for an undisclosed fee earlier this month [via BBC Sport].

However – in what could be disappointing news for United supporters – Ibrahimovic himself has lifted the lid on his unstable relationship with van Gaal which, he states, could result in ‘fights’:

“He was a director in Ajax, and the way he is working is not the way I work,” the striker told Sports Illustrated.

Nonetheless, the PSG hit-man suggests that he wouldn’t reject the chance to play under the guidance of van Gaal, confesses his ‘like’ for a dispute:

“At the end, I think he is professional and I am professional. Whoever I work with, I never had this kind of problems, because at the end I need to do my job, he needs to do his job.

“And I think a lot of fights would happen, but that’s something I like.”

With the 33-year-old reaching the latter stages of his career, having played in La Liga, Serie A and Ligue 1, Premier League supporters may certainly feel aggrieved at the Sweden legend possibly spurning the opportunity to grace England’s top flight.

Ibrahimovic is not the only striker that the Red Devils have been linked to ahead of the 2015-16 campaign.

Bayern Munich’s Thomas Muller could be the subject of a £70m bid from the English heavyweights [via the Express], while, more recently, reports suggest that the Red Devils could be planning a record-deal to lure Real Madrid superstar Cristiano Ronaldo back to Old Trafford.

United are willing to offer £80m to re-sign the Portugal captain, according to the Manchester Evening News.