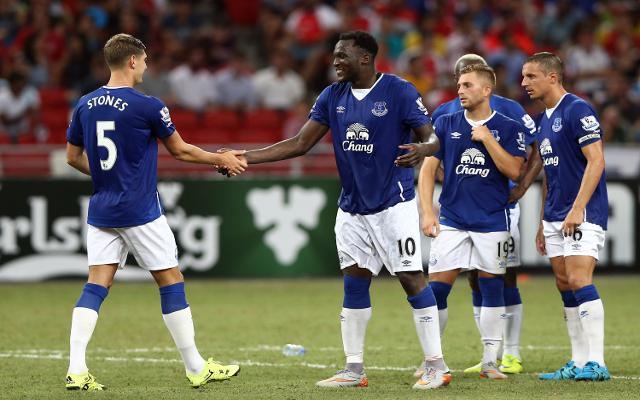 Man United have joined the race to sign highly-rated Everton defender John Stones according to the Sunday Mirror.

The 21-year-old Toffees star has impressed over the course of the past two seasons at Goodison Park and is now a regular in Roy Hodgson’s England national team set-up.

Chelsea boss Jose Mourinho is also keen on Stones, who left Barnsley for Everton in January 2013, and the West London side have seen one bid for the youngster fail (via Sky Sports).

Louis van Gaal could well do with fresh central defensive options with the likes of Chris Smalling, Phil Jones and Jonny Evans all failing to perform well on a consistent basis in 2014/15.

Van Gaal has been linked with a number of defensive additions this summer with Valencia’s Nicolas Otamendi and Real Madrid star Sergio Ramos said to be targets (via the Daily Mirror).

The Sunday Mirror claim Everton boss Roberto Martinez is furious with Chelsea’s very public approach for Stones and the Merseyside outfit now want £38m for Stones, a huge increase on the £3m they paid for the player two and a half years ago (via the BBC).

Some sources claim that John Stones is seen by Chelsea as a long term replacement for veteran skipper John Terry (via the Independent) and there is no doubting the potential the Everton starlet possesses.

John Stones has adapted seamlessly to life in the top tier and Everton are keen to keep hold of the versatile defender, who can play at full-back or in the centre of the defence.