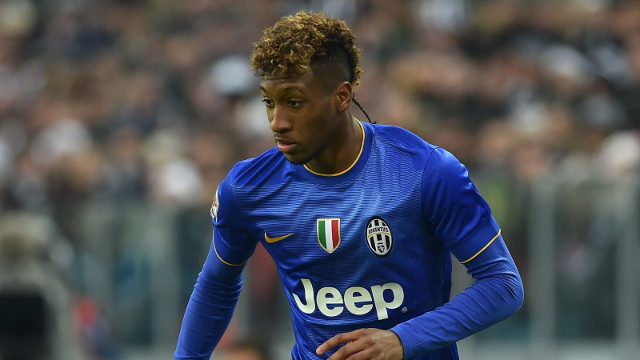 Liverpool and Arsenal look to be in a battle with Bayern Munich to sign exciting Juventus youngster Kingsley Coman, according to talkSPORT.

The 19-year-old midfielder is a highly regarded prospect after a superb first season in Serie A, during which he made 18 appearances in all competitions and picked up a winners’ medal for the club’s success in the Italian top flight.

French source L’Equipe claim that Bayern Munich could be ready to make a bid for Coman this week, seemingly putting them ahead of Liverpool and Arsenal in the race for his signature.

Still, both clubs could be monitoring this situation closely as they both look in need of new additions in midfield this summer, with Arsenal known to have shown an interest in Morgan Schneiderlin before he joined Manchester United, though the Daily Star claims he was too expensive for the Gunners.

Liverpool, meanwhile, have bid farewell to club legend Steven Gerrard this summer and could do with more bodies in midfield, despite bringing in James Milner from Manchester City. Based on Coman’s fine performances so far, the Frenchman could be a decent option as a long-term Gerrard replacement for the Reds.

TalkSPORT claim that a deal with Bayern could hinge on the future of Mario Gotze, who could move in the opposite direction and, in turn, limit Coman’s playing time in Turin.