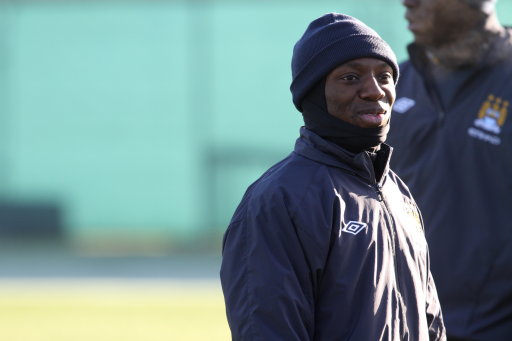 Former Queens Park Rangers winger Shaun Wright-Phillips is on the verge of signing for New York Red Bulls, according to reports.

ESPN are just one source to state that the ex-England international is on the brink of agreeing terms with the Major League Soccer side, where he would join his brother Bradley Wright-Phillips.

As quoted by the New York Post, Frank Lampard—who was teammates with Wright-Phillips at Chelsea—has backed his former colleague to make a big impact should he move to the Red Bulls.

“I saw him at the [Red Bulls-New York City FC] game. I’m not sure what’s happening with him, [but] if he signs with the Red Bulls he’ll be a great signing, definitely,” the midfielder began, considering the prospect of the player joining his side’s [New York City FC] New Jersey rivals.

“He’s a really good lad, and he’s a nice boy, and knowing him as a player and what he can bring to the team, he’ll be a good signing.”

The diminutive wideman recently ended an unhappy spell at QPR, who were relegated from the Premier League at the end of last season.

The veteran winger was released by the club having only made four appearances—of which only one was a start—last term.

The player began his senior career with Manchester City, for whom he made over 150 appearances, winning the first division title in 2002 and breaking into the England squad during his time with the Citizens.

Former USA striker Taylor Twellman also revealed on Twitter that he had heard that Wright-Phillips would be unveiled as a NYRB player imminently.