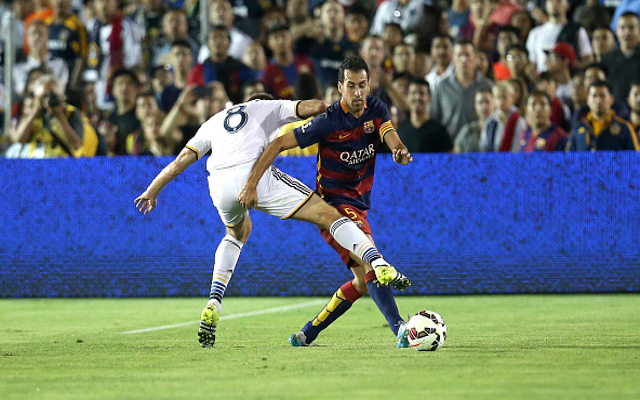 The 27-year-old defensive midfielder has been a regular in the Nou Camp starting eleven for the past seven seasons and is a pivotal part of Luis Enrique’s first-team set-up.

Sport claim that the Spanish international has made it clear he wishes to remain at Barcelona and as such Arsene Wenger’s advances will be rebuffed.

Arsene Wenger could well do with bringing in a strong midfielder to help provide protection to his defence as well as his handing his creative talents more time on the ball.

Last season Wenger opted to usher in Francis Coquelin from his loan spell at Charlton Athletic and the French utility player repaid the faith the Gunners boss placed in him.

Coquelin put in a series of near flawless displays in the centre of the park but Wewnger would do well to beef up his options nonetheless.

Back-up alternatives to Coquelin come in the form of veteran Spaniard Mikel Arteta, who has suffered with injuries in recent seasons, and one-dimensional French battler Mathieu Flamini, who is strongly linked with a move to Turkish side Galatasaray (via talkSPORT).

Sergio Busquets had made 331 appearances for Barcelona and has collected a host of honours in the process, including five La Liga titles and three Champions League winners’ medals.