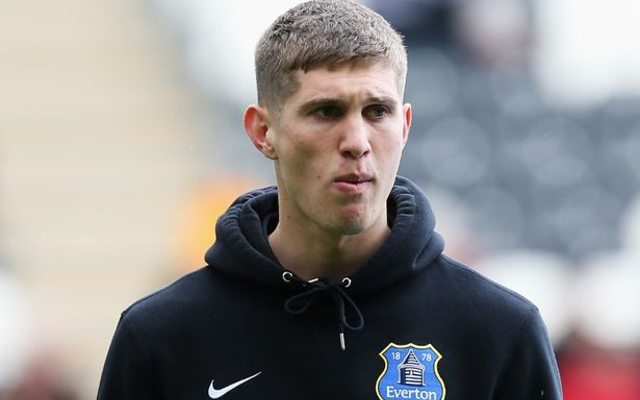 Everton may have rejected a second bid from Chelsea for John Stones, but the Toffees have also dropped a major hint that they are planning for life without their star defender.

According to talkSPORT [via the Daily Star], Roberto Martinez is considering a move for Dynamo Kyiv defender Aleksandar Dragovic.

The Serbian—should he arrive—could represent an ideal replacement for the England star, who appears increasingly likely to leave Goodison Park this summer.

The 24-year-old centre-back was born in Vienna, and represents Austria at international level. He moved to the Ukrainian capital in 2013, following stints with FC Basel and Austria Vienna in his homeland.

However, it remains to be seen whether he will be a replacement for Stones or a potential teammate for the England international.

Chelsea’s latest offer, of £26 million, was their second, coming on the back of a recent offer of £20 million. Their latest approach, like the first, was summarily rejected by Everton, [Telegraph Sport] but the Pensioners appear set to return with a £34 million bid for the young defender [Liverpool Echo].

Chelsea appear keen to secure their man—who could be an ideal long-term replacement for John Terry—and may have to break the British transfer record to secure a player who is yet to prove that he can compete in the Champions League or the elite end of EPL competition, making it a potentially risky purchase.

The Pensioners may yet face competition from Manchester United for the defender’s signature [Daily Mail], with the Red Devils looking likely to miss out on the signing of Sergio Ramos [Daily Star].