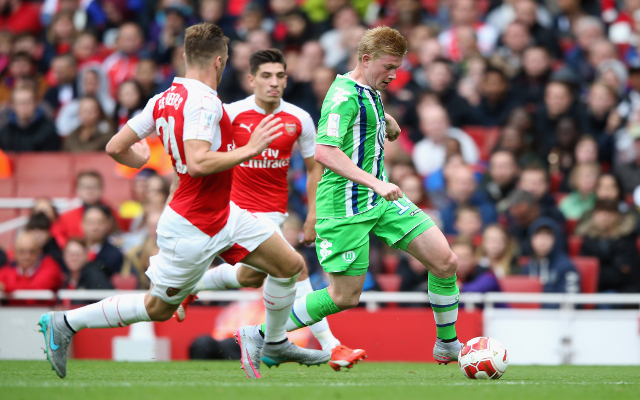 Vfl Wolfsburg’s highly-rated playmaker Kevin De Bruyne has been told he must hand in a transfer request in order to force through a move to Barclays Premier League outfit Manchester City, according to reports in Star Sport.

The ex-Chelsea midfielder has been heavily linked with a summer return to English football and the Etihad Stadium is the most likely destination for Germany’s Player of the Year, although it’s understood that the Bundesliga outfit are keen to retain the services of their prized asset.

After finishing runners-up to champions Bayern Munich last season, Die Wolfe are hoping to assemble a squad capable of going one better this year and regard De Bruyne as an integral part to their plans.

However, following reports that City are preparing a £40million bid for the Belgian international in the coming days, a source for the German club admits they could be forced into selling the 24-year-old should he ask to leave.