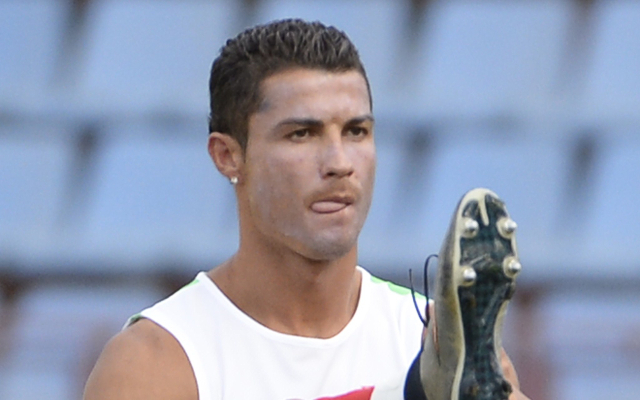 Who’d have guessed it? Laurent Koscielny may just be the most technically-proficient footballer in the world game…

…that’s if a recent video clip [via the Daily Mail] of the defender in action is anything to go by.

The defender was responsible for a truly astonishing rabona goal during one of Arsenal’s open training sessions.

The French international—who moved to the Emirates Stadium from Lorient in 2010—dazzled the crowd at the Gunners’ home ground with some ball skills, before managing the unthinkable.

The defender—not typically known for his flair and juggling skills—then lashed in a rabona effort from a full 25 yards with his left foot, before watching on as the strike flew into the top of the goal.

Koscielny took the opportunity to lay down a challenge to Real Madrid super star Cristiano Ronaldo, accompanying the video with a caption on his Instagram page: “Can you do this@cristiano!”

It remains to be seen whether Ronaldo will look to replicate, or even improve upon Koscielny’s effort…but we’re backing him to give it a go.