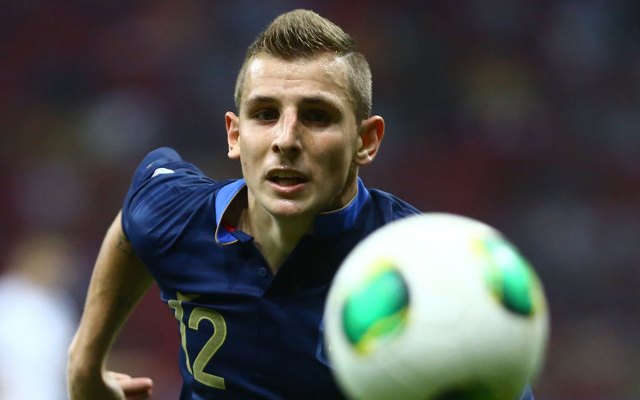 Maxwell has showered his Paris Saint-Germain teammate Lucas Digne with praise, as rumours swirl linking the left-back with a move to Liverpool.

Brendan Rodgers has already lost one left-back—Javier Manquillo—this summer, after ending the youngster’s loan deal prematurely [Daily Mail], while another, Alberto Moreno, has been linked with a move to Barcelona [Daily Star].

This risks leaving the Reds horrendously short-staffed at full-back, with Jon Flanagan a woefully injury-prone alternative.

Subsequently, the Merseyside giants have been linked with a move for Paris Saint-Germain left-back Digne [Daily Mail].

The 22-year-old moved to PSG from LOSC Lille in 2013, switching to the capital club as one of the most highly-rated youngsters in the French game.

However, he has struggled to assert himself at Paris, and despite already becoming a two-time French champion, has yet to truly demonstrate the quality that prompted PSG to spend €10.5 million to snare him from Les Dogues [Telegraph].

Last season, the player made only 14 league starts, a decline from 15 the year beforehand.

One of the key reasons he has struggled has been the presence of Maxwell, but with only one year left on his contract, the Brazil veteran has backed the young pretender to take over from him in time and enjoy a glorious career

“On the contrary!” Maxwell began, when asked by Surface [via Le 10 Sport] whether Digne was happy that he was coming to the end of his contract.

“I think that together, we have succeeded with many things. We get on well and the understanding between us has always been good.

“When I stop, I hope that I will have transmitted him something positive for his career—it’s going to be glorious, I’m sure of it!”