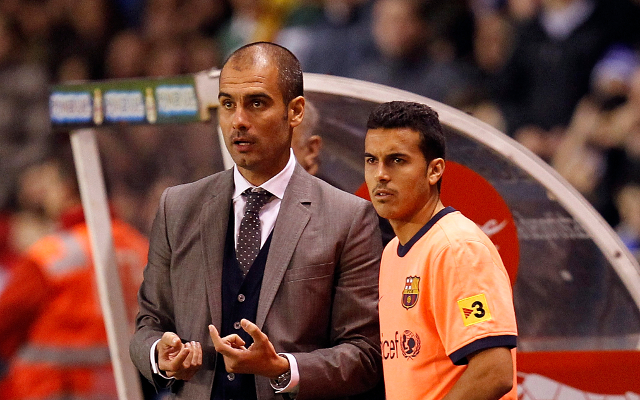 The Red Devils have been heavily linked with the Spaniard in the past week and reports in Mirror Sport claimed that a deal worth £22million was close to completion and he was set to become manager Louis van Gaal’s sixth summer signing following the arrivals of Memphis Depay, Matteo Darmian, Bastian Schweinsteiger, Morgan Schneiderlin and Sergio Romero.

However, it now appears that the reigning champions of Germany are ready to enter the race for Pedro as former Barca boss Pep Guardiola is reportedly keen on a reunion with the player.

The 28-year-old’s future at the Camp Nou is uncertain at the minute following a lack of first team opportunities last season and Arda Turan’s arrival at the club from La Liga rivals Atletico Madrid earlier in the summer.

Should the attacker leave Catalan giants this summer, it seems he will have to make a decision on a transfer to either Manchester or Bavaria.