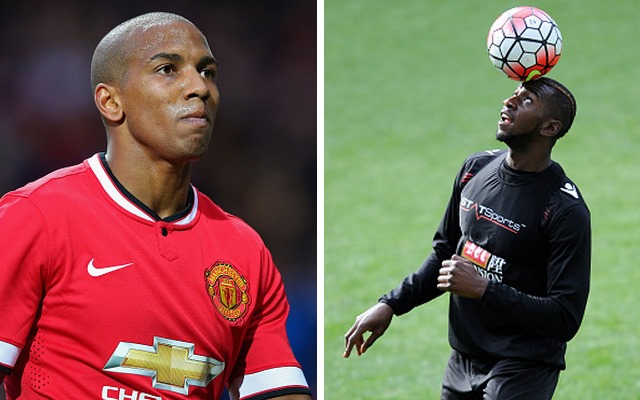 According to the Daily Mirror, Tottenham Hotspur are set to be frustrated in their hopes of signing Crystal Palace forward Yannick Bolasie, and are reportedly turning their attentions to Manchester United wideman Ashley Young.

Spurs had been keen to make Democratic Republic of Congo attacker Bolasie their fourth key summer arrival, but their London rivals are understood to want too much for their star man.

The Standard report that Palace coach Alan Pardew is keen to receive an eye-watering £40 million for the 26-year-old, a fee which may prohibit Mauricio Pochettino from recruiting the talented Central African star.

With Bolasie no longer an option, Spurs are understood to be considering a move for United winger Young.

However, would Young be an adequate alternative option for Bolasie, or would he be a pale comparison on the Congo wideman?

A key difference between the two players is age; while Bolasie, at 26, still has some of his peak years ahead of him, Young, at 30, could be steadily passing his prime.

Considering the players’ statistics last season, Bolasie was a better contributor, and it’s worth taking into account that he featured for a weaker side.

While Young scored two goals and contributed five assists in 26 outings for Champions League qualifiers United, Bolasie managed four goals and six assists in 34 showings for Palace, who ended the campaign in tenth.

The Lyon-born star also featured for the DRC in the Africa Cup of Nations in Equatorial Guinea, helping the Leopards to a third-placed finish in the continental showpiece.

One could also argue that Bolasie is a more versatile operator than Young.

While both men can feature on either flank, and in a supporting role through the middle, Bolasie possesses the physique to thrive as a frontman in a way that Young does not.

Admittedly, Young may boast more experience than Bolasie—potentially a valuable commodity considering the youth of Spurs’ squad—but beyond that, it’s hard to argue that the United midfielder would be a better option than his Palace counterpart.

All stats via WhoScored