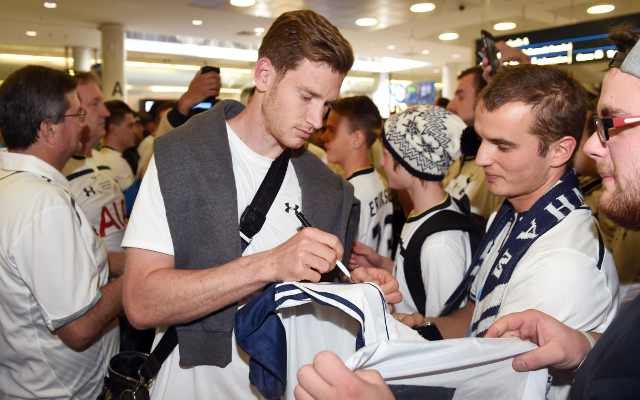 Barcelona have placed Tottenham Hotspur defender Jan Vertonghen on a summer transfer shopping-list as the Catalan side seek to find a replacement for left-back Adriano, according to El Mundo Deportivo.

The 28-year-old Belgian international can play in a host of positions from full-back to centre-back, as well as being effective as a defensive midfielder if necessary, and has previously stated his desire to play regular Champions League football [via Sky Sports].

Unfortunately, the White Hart Lane side finished shy of a top-four finish for the third-successive season last term, and the former Ajax man will currently have to make do with Europa League action for 2015/16.

Vertonghen has completed three seasons at the North London outfit and has made 123 appearances for the club. He will be joined by national team colleague and former Ajax team-mate Toby Alderweireld this season, following his arrival from Atletico Madrid over the summer.

Mauricio Pochettino’s side conceded more goals than any other side in the top-half of the Premier League last term, 53, with Tottenham shipping goals by the bucket-load. Remarkably, they even conceded more than relegated Hull City.

Thumping defeats cost the club their hopes of securing Champions League qualification, with Spurs conceding three or more goals on no less than eight occasions, and Pochettino can ill afford to lose an accomplished talent like Vertonghen.

A potential move to Barcelona would see Vertonghen re-unite with another Belgian and ex-Ajax star, namely Thomas Vermaelen, who missed almost all of last season through injury.