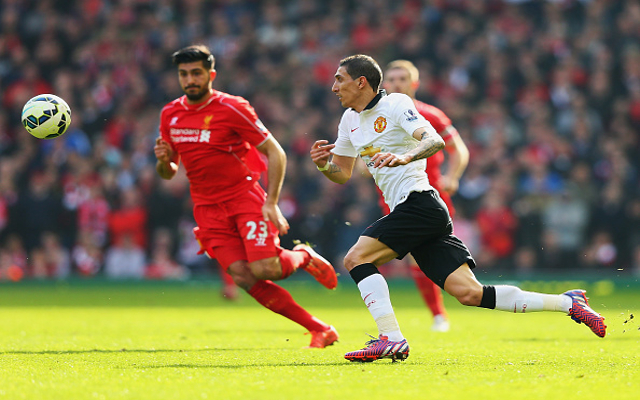 Manchester United could be close to finalising the transfer of Angel Di Maria to PSG this summer after quotes from both Louis van Gaal and Laurent Blanc, the Daily Star reports.

The Argentine international only joined United last summer in what BBC Sport confirmed as a British transfer record fee of £59.7m, just after he’d played a key role in helping Real Madrid win their tenth Champions League title, earning the Man of the Match award in the 4-1 final win over Atletico Madrid.

However, Di Maria has not lived up to his reputation since moving to the Premier League, as he started brightly but faded in the 2014/15 season, and eventually wasn’t even a guaranteed starter in the United lineup.

In the last couple of days, the Guardian reported that PSG had bid for the 27-year-old, but that they may have to up their offer to bring him to the Parc des Princes, though their manager Blanc is now quoted as saying he is confident that a deal is close to completion.

“You know negotiations are in tandem [ongoing] and as Paris St Germain are both big clubs, that can be difficult, but we feel we are close to the end,” the Frenchman revealed.

Meanwhile, Van Gaal admitted he didn’t know where Di Maria was, as he seemed to dodge the issue of his imminent exit.

“Maybe you know. We don’t know,” he said, when asked about the player’s whereabouts.

United have had a busy summer in the transfer market, mainly with players coming in, and could add to their transfer funds with this sale, with wingers like Pedro (Daily Express) and Nicolas Gaitan (Daily Telegraph) recently linked with moves to Old Trafford as possible replacements in that attacking midfield role.