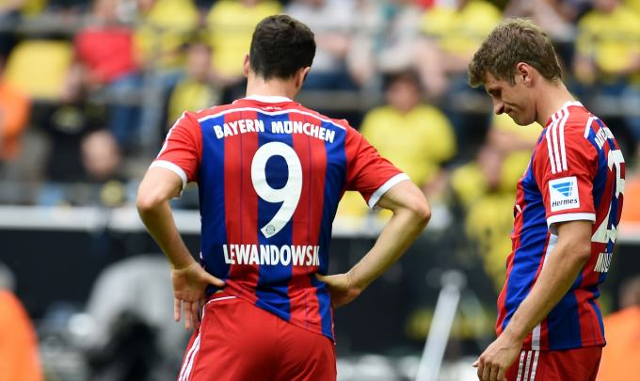 Liverpool could be lining up an ambitious move to sign Bayern Munich star and Manchester United target Thomas Muller this summer, according to the Daily Telegraph, who cite sources from Germany.

The 25-year-old has long been regarded as one of the best attacking players in world football, having burst onto the scene as a youngster with both Bayern and Germany in 2010.

Since then, Muller has managed a superb 121 goals in 304 games for Bayern, as well as 27 in 63 caps for his national side, whom he helped guide to glory in last summer’s World Cup.

Liverpool look in need of improvements up front ahead of the new season, with manager Brendan Rodgers still lacking a true world class replacement for Luis Suarez, who left Anfield to join Barcelona last year.

Christian Benteke has been brought in up front this summer and could now be first choice, with Danny Ings and Daniel Sturridge very capable alternatives, though Muller could be a real improvement in the attacking midfield department as a more proven performer than new signing Roberto Firmino, as well as being on a whole other level entirely from players like Adam Lallana and Lazar Markovic, who do not have the same kind of experience and trophy haul at the top level as Muller.

The Telegraph claims United have been strongly linked with the Allianz Arena goal-poacher in recent times, though the player is seemingly not for sale for any price.

This, however, has supposedly not put off Liverpool trying their luck with a move.