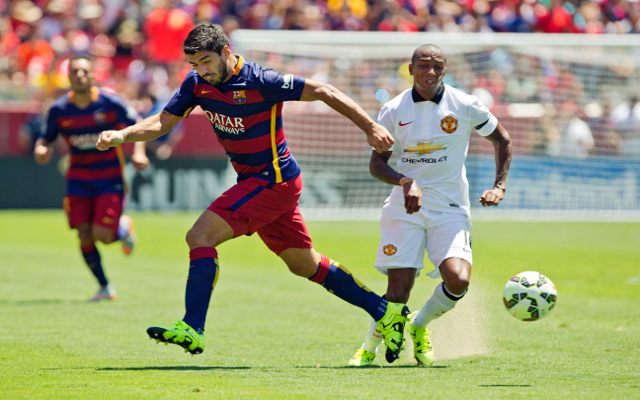 Liverpool are said to be considering a surprise move to sign Manchester United winger Ashley Young this summer, according to the Daily Star.

The Reds are keeping an eye on the England international’s contract situation at Old Trafford, with the Star claiming Young’s future is in some doubt this summer as talks over a new deal stall.

A recent report in the Independent also linked Tottenham with a move for the 30-year-old, though talkSPORT have since stated that he will snub an offer from White Hart Lane to remain with the Red Devils.

It seems unlikely that United would let a key player like Young leave to a rival club like Liverpool, with the two giants of English football known for not selling to each other.

Despite a difficult few years with United, Young became a regular under Louis van Gaal last season and showed a real improvement in form, making it perhaps more likely that the club will look to resolve his future before too long.

Having featured in a more attacking midfield role towards the end of last season, his presence could be vital as reports suggest Angel Di Maria will be on his way out of the club after being strongly linked with a move to Ligue 1 giants Paris Saint-Germain, according to Sky Sports.