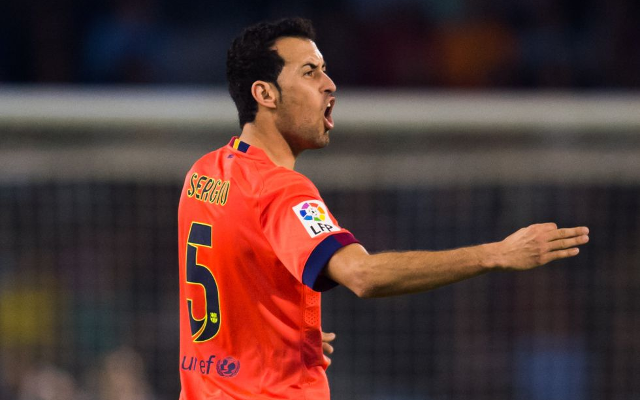 Arsenal have made an opening bid of £24.4m to sign Barcelona defensive midfielder Sergio Busquets this summer, according to reports in Spain.

The Gunners have emerged as surprise contenders to land the Spanish international, who would no doubt be an ideal buy to fix what has long been a problem position for the club.

Having missed out on Morgan Schneiderlin and Arturo Vidal this summer, fans will be hoping reports from Fichajes.net that Arsenal are now ready to pay big for Busquets are true.

However, Barca are hoping to keep the 27-year-old and the player himself is also believed to be keen to remain with the Catalan giants.