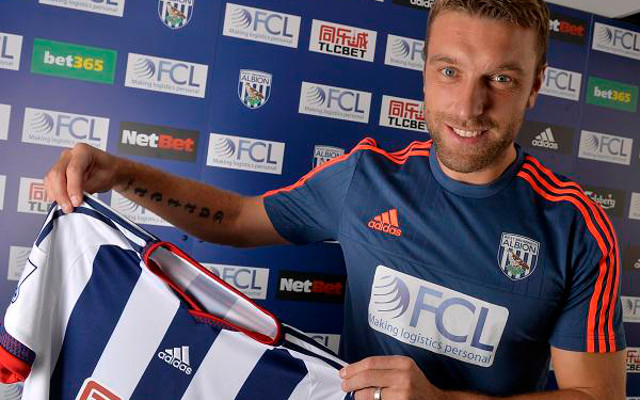 Liverpool have sold Rickie Lambert to West Brom, the Baggies have announced on their official site.

A boyhood fan of the Reds, the 33-year-old arrived at Anfield just last summer. However, he has failed to hit the same heights that he did at Southampton with the Merseyside outfit. In 36 appearances for the team he scored a paltry three goals, and alongside Mario Balotelli and Fabio Borini failed to replace the departed Luis Suarez.

However, this doesn’t seem to have put off Tony Pulis, who has given the striker a two-year contract at the Hawthorns. He has also been handed the number 17 shirt, giving up the number nine jersey at Liverpool.

“Rickie is a good, strong, solid player who is a great character, good in the dressing room and good on the pitch,” Pulis said of his new arrival, “We are very pleased to have him on board. He’s a player of great pedigree and we look forward to integrating him into our squad.”

Lambert’s most successful time arguably came while at Southampton. He scored 177 goals in 235 games over five seasons with the Saints, helping them to go from League One to the top half of the Premier League.

His departure from Liverpool leaves new signing Christian Benteke free to take the coveted no. 9 for Brendan Rodgers, which will be a boost for the Belgian as he builds towards his debut campaign.