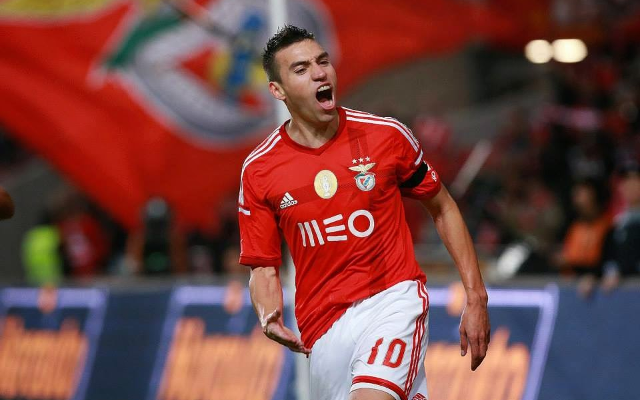 Manchester United are set to agree a move for Benfica star Nicolas Gaitan within hours, according to the Metro.

The Red Devils have been long linked with a move for the 27-year-old, who is known for his direct running and ability to take it past his marker. With Angel Di Maria being linked to a move to PSG, his fellow Argentina international could be a replacement for the record signing.

Last season the winger managed just four goals in 32 appearances for the Portuguese side, but the space and chances he creates are more important to his game than hitting the back of the net.

Should the forward arrive at Old Trafford he will be their sixth signing of the summer, after Sergio Romero, Morgan Schneiderlin, Bastian Schweinsteiger, Matteo Darmian, and Memphis Depay. This has left Louis van Gaal having improved most of his team except at centre-back and centre-forward.

With only Wayne Rooney and Javier Hernandez up front that is surely one area they will need to bolster before the window shuts. Similarly, the mistakes evident from Chris Smalling, Phil Jones, and Jonny Evans last season mean that a new defender could be key to their chances in the Premier League and Champions League.