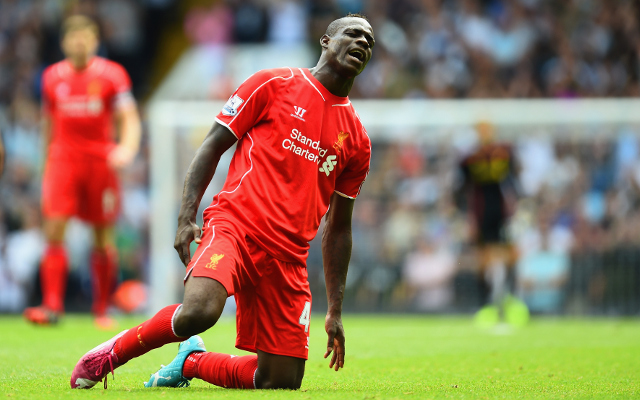 The former Red Devil reacted to the news that Brendan Rodgers had told the 24-year-old that he has no Anfield future, by exclaiming ‘Did he need telling?’.

Did he need telling? https://t.co/TvOGIgAA4R

The forward failed to impress during his debut campaign with the Merseyside outfit, scoring a meagre four goals in 28 appearances in all competitions. With the arrivals of Christian Benteke, Danny Ings, and Roberto Firmino pushing the Italy international further towards the fringes of the squad, it looks like the right time to leave.

The forward may be able to escape the doubters soon thanks to Chelsea hero Gianfranco Zola [Metro]. A former striker himself, the 49-year-old is now in charge of Qatari side Al-Arabi. He is keen to see compatriots Antonio Cassano and Balotelli, both known for their mercurial nature, to join him in the Middle East.

“Cassano and Balotelli?,” Zola said, “They are two top players, and it could be an excellent opportunity for them to play in a League with less scrutiny, recharge their batteries, and return to Europe as protagonists.

“I’d recommend it as an experience. We have a lot of players, but if I had the opportunity [to sign them] I’d do it without a second thought.”

However, the former Manchester City man may want to have another crack at European football before moving to a league outside the continent.