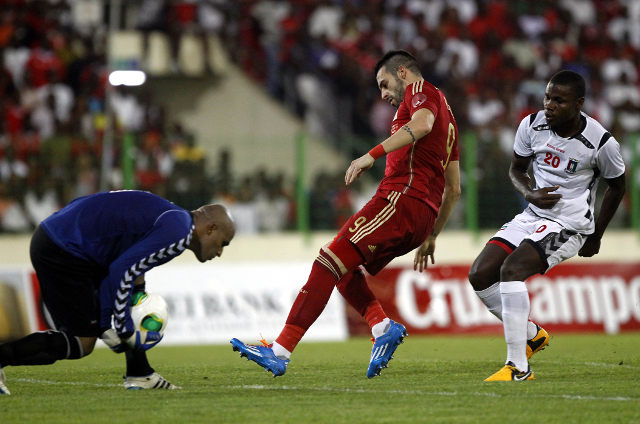 Liverpool and Arsenal have been linked with surprise interest in signing Valencia striker and former Manchester City man Alvaro Negredo this summer.

The Spanish international has not been on the best run of form of late, struggling in the latter stages of his first season with City, and also looking unfit on loan with Valencia last term.

Still, Negredo has a great scoring record throughout his career and started brightly in English football before a loss of confidence saw the goals dry up at the Etihad Stadium.

According to Fichajes.net, Liverpool and Arsenal are monitoring his situation, though his asking price of £21m could be a little high.