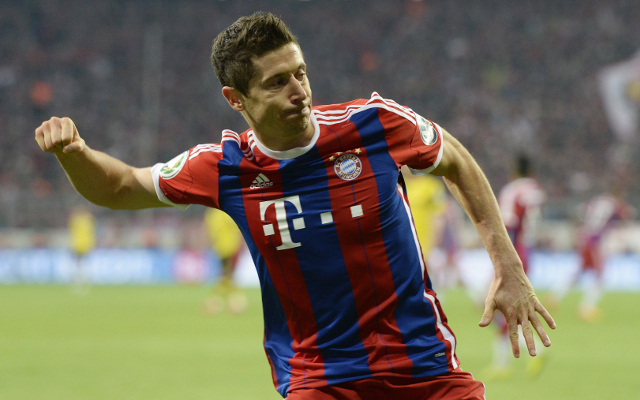 Arsenal are going to make a £35m offer for Bayern Munich star Robert Lewandowski if they fail in their efforts to sign Real Madrid striker Karim Benzema, reports the Daily Express.

El Confidencial journalist Kike Marin mentioned on Twitter that the Poland international was their second choice, and the Express revealed the other details.

@UmerSadozai Is an option, do you think? But, his first and second options are Benzema and Lewandowski.

This may all be in vain though, with the Daily Express also reporting that Los Merengues will accept a £40m offer for their star forward. They have apparently lined up Borussia Dortmund star Marco Reus as the France international’s replacement at the Bernabeu, which has left the North London club able to sign the player who scored 22 goals in 47 appearances in all competitions last season.

However, if Arsenal are unable-or don’t want pay that price-to sign the former Lyon man, then they could go after the Allianz Arena striker, who scored 30 goals in 53 games for club and country last season.

It may be difficult to prise the Poland international away from the Bavarian outfit, however, with Thomas Muller left as the only senior player who can feature as a centre-forward if they lose Lewandowski. As such it is unlikely they will let the former Dortmund man go without a signing lined up to take over from him.

Arsenal are in need of a new striker if they are going to challenge Chelsea for the Premier League title. Last time round they finished 12 points behind the eventual champions, conceding more and scoring fewer goals than their London rivals.

The signing of Petr Cech should help with letting less goals in, with just goalscoring left to improve. There have been doubts over Olivier Giroud’s ability to perform against the best sides [Daily Telegraph], while Theo Walcott, Danny Welbeck, and Joel Campbell have never played centrally for an extended period of time. This surely leaves a top class striker as potentially the difference between success and failure in the top flight.