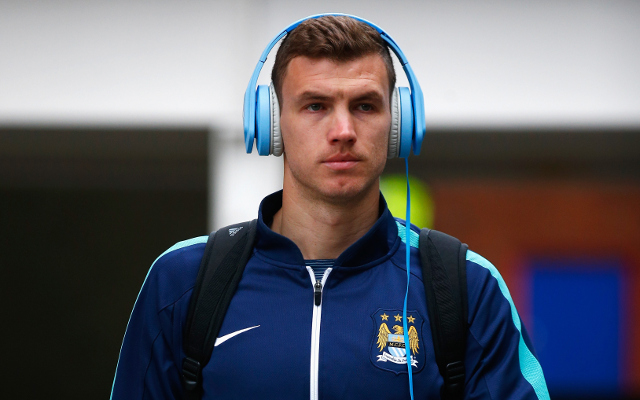 Serie A side AS Roma have agreed a €23m (£16m) fee for Man City striker Edin Dzeko according to ESPN.

The 29-year-old Bosnian has fallen down Manuel Pellegrini’s pecking order following the signing of Wilfried Bony from Swansea City in January and appears set to make a move to the Stadio Olimpico.

Dzeko has proven a prolific marksman when called upon by Man City with the former Wolfsburg man bagging 72 goals in 187 appearances for the Etihad Stadium side, of which 72 appearances were from the bench.

Former City boss Roberto Mancini paid £27m to bring in Dzeko back in January 2011 and the lanky forward has helped Man City to two Premier League titles but has seen his career stagnate under Pellegrini.