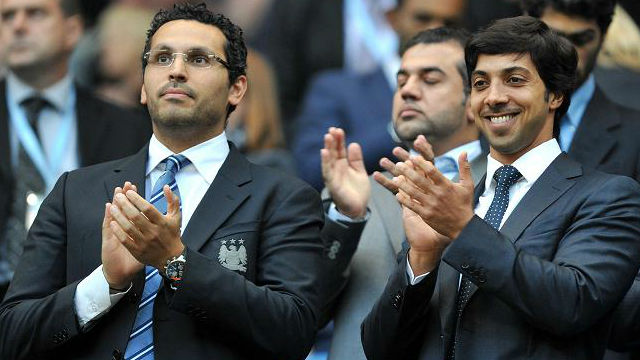 Manchester City could be handed a huge boost after reports in The Sun today that Bayern Munich manager Pep Guardiola is open to a huge move to the Etihad Stadium.

The Spanish tactician is believed to be the top managerial target for City after the growing belief that this could be current boss Manuel Pellegrini’s final season with the club after struggling to entirely win everyone over so far.

Although the Chilean tactician won the Premier League and Capital One Cup double in his first season in England, the club only narrowly beat Liverpool to the title that time, and were convincingly beaten to the trophy by Chelsea the following season as they finished without any silverware.

Guardiola is one of the most sought-after names in world football and has previously been linked with big jobs at the likes of Manchester United and Arsenal as well, though The Sun claims that a City insider is ‘convinced’ they will get their man.

A previous report in the Daily Express claimed that the former Barcelona coach would favour a move to either United or Arsenal due to their bigger pedigree in the game, though it seems he is now open to the idea of moving to the Etihad Stadium in what The Sun claim would be a move worth £100m: a five-year deal with a £20m salary.

Speaking about his future, Guardiola said: “I have not made a decision yet as to what is best for this club.

“I am not convinced whether it is right for the club if I were to extend my contract. I’ll never be a problem for Bayern.

“When I reach a decision, I will talk to (Bayern bosses) Karl-Heinz Rummenigge, Uli Hoeness and Matthias Sammer.

“A year is a long time, three years is a lifetime at a big club.”

Guardiola first announced himself as one of the game’s best managers during his time with Barcelona, where he won an incredible 14 trophies in just four seasons in charge, including three La Liga titles and two Champions League trophies. The 44-year-old is also a legend at the Nou Camp from his playing days, having spent the bulk of his career with the Catalan giants, making 366 appearances in total and winning further La Liga and Champions League titles with his silky performances in midfield.

Still, he arguably hasn’t made as great an impact at Bayern, despite winning two Bundesliga titles in a row. With the Bavarian giants winning the treble in 2012/13 under Jupp Heynckes, the club have not since looked good enough in the Champions League, being knocked out fairly convincingly, first by Real Madrid and then by Guardiola’s old club Barca, at the semi-final stages in the last two years.